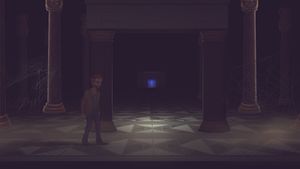 Before passing through the locked door 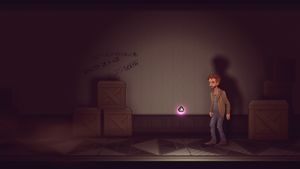 After passing through the locked door

The first unnamed hallway is a hallway in the mansion in Immure seemingly across from the Worship Chamber, which initially remains visible in the background. No name for the hallway is revealed in game.

Most exits simply return Will to this same hallway, though it often undergoes significant reconfiguration during the transition.