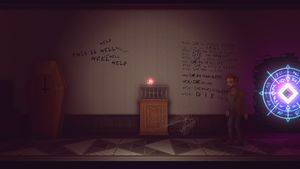 Locked up at first 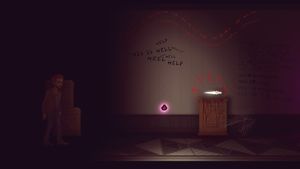 Now accessible over a bloody dresser 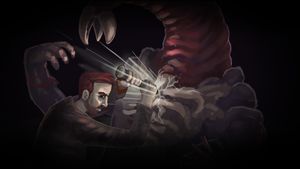 The dagger being put to good use

The Unearthly Dagger is an item in Immure.

It is located in the left area of the unnamed hallway Will is transported to after finding the Shining Trapezehedron, but only after Will uses the Strange Key on the locked door there to trigger a number of changes in the hallway. It is initially locked in a cage, but after Will stuns the Bipedal Head-eater and exits to the right, he emerges back at the left side near the dagger, now accessible.

It is used to kill the bipedal head-eater after stunning it the second time.