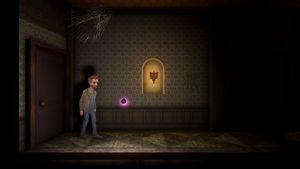 The West Hallway is a hallway in the mansion in Immure. When first encountered during the "Nightmare" portion of the demo, it is named Hall to Grace instead.